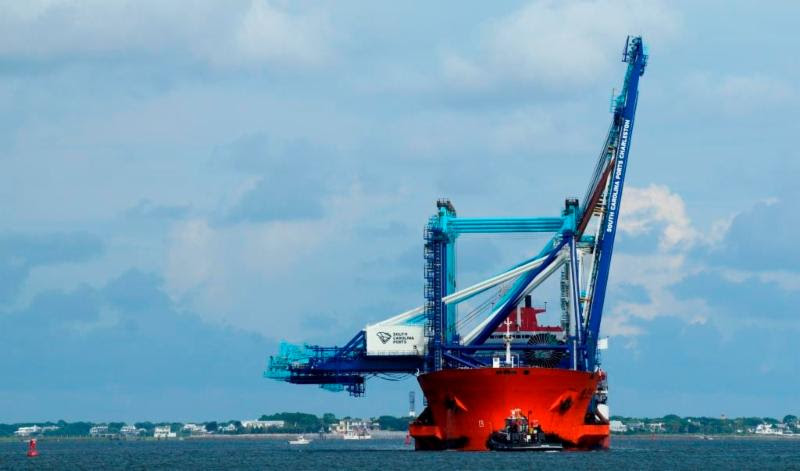 Two giant cranes were delivered last week to the SCPA.

Produced by Shanghai Zhenhua Heavy Industry Co. in China, the cranes will provide 155 feet of lift height from the dock to enable SCPA to work larger container cargo ships, according to an SPCA press release.

The cranes will be located at the Wando Welch Terminal, which is undergoing a $44 million project to strengthen and upgrade the wharf and infrastructure required for handling bigger vessels and cranes. Last month, the authority's board approved the purchase of two more cranes of the same size for delivery at the end of this year.

The cranes' delivery marks a major advancement in the SCPA's ability to compete in the big-ship environment, said SCPA President and Chief Executive Officer Jim Newsome.

"Along with the Wando wharf strengthening project, the cranes will allow us to handle the upsizing of ships following the opening of the Panama Canal expansion," he said.

SCPA already is experiencing the upsizing of vessels in response to the expanded Panama Canal, which opened in June. The SCPA expects to handle its first 14,000 twenty-foot-equivalent-unit vessel call later this year, authority officials said.