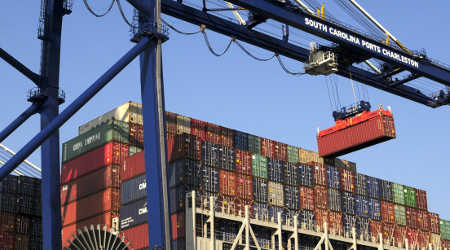 In June, the authority handled 201,163 TEUs, representing the single highest month for container volume in the port's history, SCPA officials said in a press release.

The figure also marked a 10 percent increase over the same month in 2017.

As measured in pier containers — or the number of boxes that moved across the docks of SCPA's two container terminals — SCPA handled 115,696 containers in June and a total of 1.25 million containers in fiscal-year 2018.

"As compared to FY2010, SCPA has grown by over 900,000 TEUs for a compound annual growth rate of 7 percent," said SCPA President and Chief Executive Officer Jim Newsome. "Such growth is a significant accomplishment that reflects a broad expansion of the port’s cargo base, the commitment of our staff and the overall success of our maritime community."