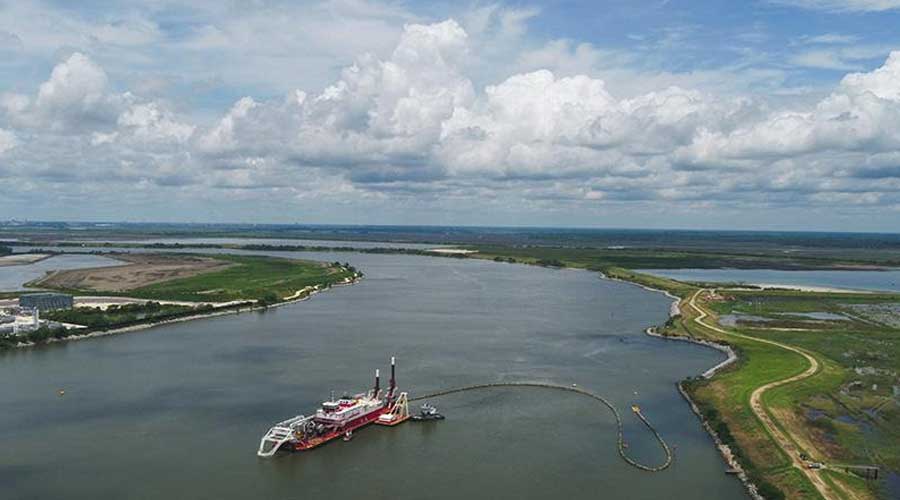 A project to deepen the  harbor at the Port of Savannah in Georgia set a new precedent with four dredges working simultaneously, the U.S. Army Corps of Engineers announced earlier this week.

The Savannah harbor expansion project includes two dredges keeping the channel at its current authorized depth of 42 feet followed by two dredges taking the channel to a new depth of 47 feet. The dredges work without disrupting the flow of commercial traffic to or from the Port of Savannah's Garden City Terminal and other facilities along the river, Army Corps of Engineers officials said in a press release.

With a high level of coordination, each dredge and its associated support vessels must be at the right place at the right time, they said. The two smaller maintenance dredges remove built up shoaling and sediment, then move on followed by the larger dredges. All vessels must move aside when commercial vessels enter their area.

In addition, workers must move pipelines leading from the dredges to the dredge material disposal areas. After commercial traffic passes, everything returns to continue the routine. The dredges work 24 hours a day, every day, officials said.

The entire deepening project is 62 percent completed. The inner harbor constitutes the final portion. The outer harbor, a 20-mile channel extending into the Atlantic Ocean, already has been deepened to 49 feet at low tide.

CSX and Norfolk Southern Railway are the Class Is serving the port.