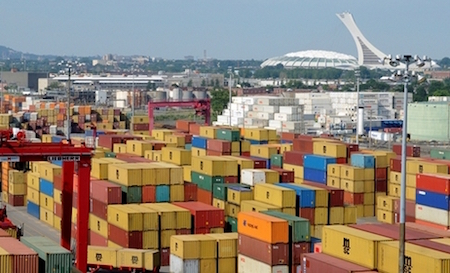 Canadian government officials last week marked the inauguration of a new container terminal at the Port of Montreal in the Viau sector.

The new container terminal will boost the port's handing capacity by 450,000 20-foot equivalent units (TEUs), according to a press release issued by port officials.

Construction of the new terminal is part of a broader port capacity project that covers the container capacity handling, marine and road access.

The Canadian government will contribute a third of the funding of all three projects to a maximum 43.6 million Canadian dollars under the national infrastructure component of the New Building Canada Fund. Of that amount, up to CA$27.2 million is available to fund the new terminal.

The Port of Montreal is the second-largest container port in Canada.