Port of Manatee on track to set volume record 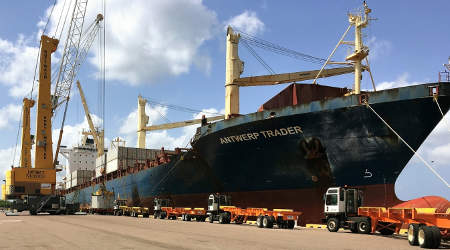 The Port of Manatee has already set an annual record in container volume, with two months remaining in the current fiscal year, the Florida port announced earlier this week.

They attributed the increase to the transition to containers from breakbulk shipping by longtime tenant Del Monte Fresh Produce N.A. Inc. for its imports of Central American pineapples and bananas, as well as the "continuing success" of World Direct Shipping's weekly service that has brought produce from Mexico since November 2014.

"We are excited to have already set a new container record for Port Manatee and are further encouraged that this favorable trend is anticipated to be sustained for a long time," said Carlos Buqueras, Port Manatee's executive director, who added that the port within the past year has extended its agreements with both Del Monte and World Direct Shipping.

For the 10-month period, the port's overall tonnage — including bulk and general cargoes — is up 17 percent to 6,438,146 tons compared with the same period a year ago.