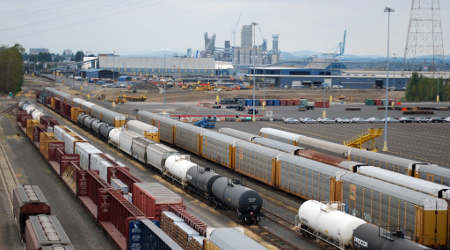 The Port of Vancouver Board of Commissioners has determined that all permits, licenses and approvals for Vancouver Energy's proposed crude-oil terminal must be obtained by March 31 or the company's lease will be terminated.

Licenses, permits and approvals are a condition that was included in a lease extension granted in April 2016. Since then, the lease automatically extended every three months. The commission's action would nullify the lease unless all approvals are received by March 31, port officials said in a press release.

The project calls for Tesoro Savage Petroleum Terminal LLC, also known as Vancouver Energy, to construct and operate an energy distribution terminal at the port in Washington state. The terminal would be located on the Columbia River.

Crude oil from North Dakota and Montana would be transported by rail to the terminal. At full operation, the terminal would be capable of receiving up to 360,000 barrels per day.

Inslee has yet to announce his decision.