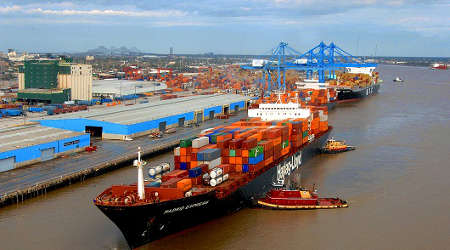 In a "state-of-the-port" address on Nov. 13, Christian said the terminal handled 503,358 TEUs in FY2017 and anticipates continued growth in the port's container market.

"Experts are projecting a 400,000 TEU increase in volume from the Gulf region between 2017 and 2020, mostly fueled by the exports of petrochemical resins produced in Louisiana," she said in a press release.

In other fiscal-year highlights, Christian noted that breakbulk remains an important part of cargo operations. In FY2017, the port logged a 17 percent increase — led by steel and non-ferrous metals — in breakbulk volume over FY2016. The port imported 2.4 million tons of steel during the year.

Port officials also are focused on integrating transportation modes with the planned acquisition of the New Orleans Public Belt Railroad (NOPB) from the city of New Orleans.

Expected to close around the end of the year, the acquisition will improve the port's intermodal capabilities, as well as service to six Class Is and tenants, port officials said.