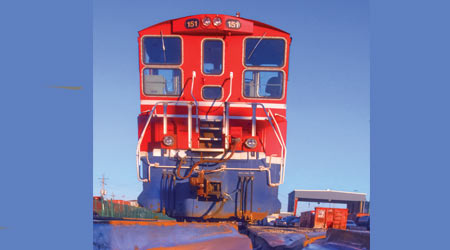 In June, the city of New Orleans announced the Port of New Orleans would take over the New Orleans Public Belt Railroad. In exchange, the switching railroad, which interchanges with six Class Is, would transfer two wharves along the Mississippi River to the city while continuing to serve the port. The deal’s aim: to stimulate economic growth for the port and local industries.

“Really, it was just putting the assets in the hands of the entity that would drive the most business,” says Brandy Christian, the port’s president and chief executive officer.

The Public Belt was created in 1908 to serve the port, says New Orleans Deputy Mayor Ryan Berni. The city owned the railroad from the start, and transferring ownership has been considered multiple times during the past 109 years.

Over that span, there’s also been private-sector interest in the railroad. New Orleans Mayor Mitch Landrieu “spent nearly two years considering selling or leasing the Public Belt to a private firm as a means of generating cash for the city,” as The New Orleans Advocate reported on July 27. Port officials and some of the railroad’s customers opposed the privatization, “worried that a private operator would be more focused on increasing revenue than keeping costs to the clients down,” according to the newspaper report. 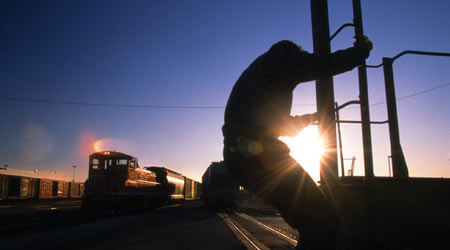 “We’re working on the assumption the Public Belt will be like a subsidiary of the port,” says Port of New Orleans President and CEO Brandy Christian.
PORT OF NEW ORLEANS

“There’s always been debate about who should own it,” Christian says. “Having the port own the railroad adds stability and consistency for our tenants and Class Is, knowing that the Public Belt will remain a neutral carrier.”

The wharves the city is receiving — the Governor Nicholls Street and Esplanade Avenue wharves — will provide stability and consistency in a different context. It’ll enable the city to provide contiguous public access to the riverfront from Crescent Park to Spanish Plaza along a popular three-mile stretch that often hosts riverfront activities.

“This is an important part of the city’s master tourism plan,” Berni says, adding that expanding the riverfront will benefit residents, too — in the form of additional waterfront access and development of new revenue-generating opportunities through commercial and recreational waterfront activities.

As part of the assets swap, the port is facilitating the relocation of TCI Packaging, a packaging, logistics and warehousing services provider that previously occupied the two wharves. One of the port’s fastest-growing tenants, TCI will move to a property purchased by the port and located along the city’s Industrial Canal. The port also will provide funds to improve the site.

That transition is expected to take up to two years, but the deal gives TCI — which packages plastic resins — a larger operational footprint and keeps it in the Port of New Orleans.

“Having a value-added tenant like TCI makes the port more valuable for the chemical companies that need TCI’s products,” Christian says.

The port is located in the heart of the lower Mississippi River, which averages 6,000 ocean-going vessels annually, says port spokesman Donnell Jackson. The port is connected to major inland markets and Canada via 14,500 miles of waterways. In terms of tonnage, the Port of New Orleans is the sixth-largest in the United States; five of the top 15 are located in Louisiana, and the state has more than 30 ports in total, Jackson says.

Although the port does not yet have operational control over the Public Belt — the transfer of ownership process will take about a year to complete — railroad officials already have deferred to port leaders when it comes to speaking with the media.

“Right now, we’re working on the assumption that the Pubic Belt will be like a subsidiary of the port,” Christian says, adding that she expects the railroad’s leadership and workforce to remain intact. “How the day-to-day operations will change will be based on how we organize internally. The goal is to increase cargo volume for both the port and the railroad.”

There’s little doubt about the Public Belt’s impact to the long-term sustainability of New Orleans, both before and after Hurricane Katrina in 2005.

The railroad serves as the exclusive rail provider for the port, with 26 miles of track connecting BNSF Railway Co., CN, CSX, Kansas City Southern, Norfolk Southern Railway and Union Pacific Railroad. The Public Belt also plays an important role in expediting local and intermediate freight through the strategic New Orleans rail gateway. The railroad also owns and maintains the Huey P. Long Bridge over the Mississippi River. Completed in 1935, the Huey P. Long is the longest and highest steel railroad bridge in the United States.

The Public Belt received a boost from the Louisiana Legislature in 1997 when House Bill 1949 granted the railroad the right to transport overhead train traffic through New Orleans across its network and contract with any railroad to provide that service.

The railroad also played a role in Hurricane Katrina recovery efforts. Although the Public Belt’s main yard and offices did not suffer flooding or wind damage, much of its equipment and many of its vehicles were used by other agencies for debris removal. The railroad’s main office building housed a large group of National Guard members from San Diego who were helping with recovery.

“Aligning the Public Belt with the port gives us long-term stability and renewed momentum to pursue our growth potential,” Douglas Campbell, the railroad’s CEO, said in a statement when the planned transfer of ownership was announced. “The port and the Public Belt have a record of teamwork dating back to our inception over 100 years ago. We will continue to work hand in hand in partnership to facilitate commerce and economic development for the region.”

New Orleans City Council member James Gray envisions the railroad helping the port become the driving economic force in the city for years to come. “This deal will be an economic engine for both our port and the city, creating the opportunity for thousands of new, well-paying jobs,” he said in a statement. “The 21st century source of jobs and money in this city will be the Port of New Orleans.” 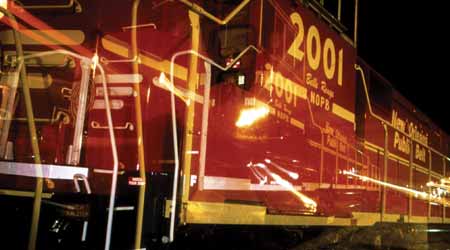 All of this might not have happened without city, port and railroad leaders recognizing the potential windfall of reassessing their individual assets to create new and more mutually beneficial opportunities.

“New Orleans is one of the few cities in the United States that actually owns a railroad,” Berni says. “But I think it makes sense for any city to look at its assets and make sure everything is aligned as strategically as possible.”

Adds Christian: “This process brought the city and port together to comprehensively evaluate public assets and to realign property based on our individual missions. The lesson here is to identify individual and collective goals. We learned about each other’s objectives and more about how each entity works.”