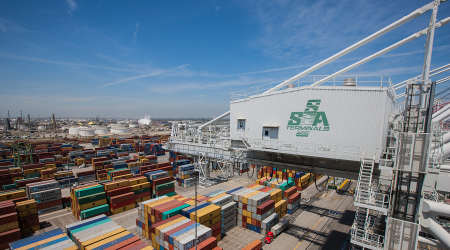 Year to date through June, the port handled nearly 4 million TEUs, about 14.5 percent above the volume pace set in 2017, its busiest-ever year. June also capped the port's best second quarter since it set a record in 2006. The port logged 2.1 million TEUs in 2Q, up 10 percent year over year.

"We are on track to beat our historic pace from 2017," said Port of Long Beach Executive Director Mario Cordero in a press release. "The domestic and global economies are good, which is why we're seeing all of this activity. Certainly the escalating trade tensions have everyone in the industry concerned, but we're going to continue to provide excellent customer service and fulfill our mission of facilitating commerce."