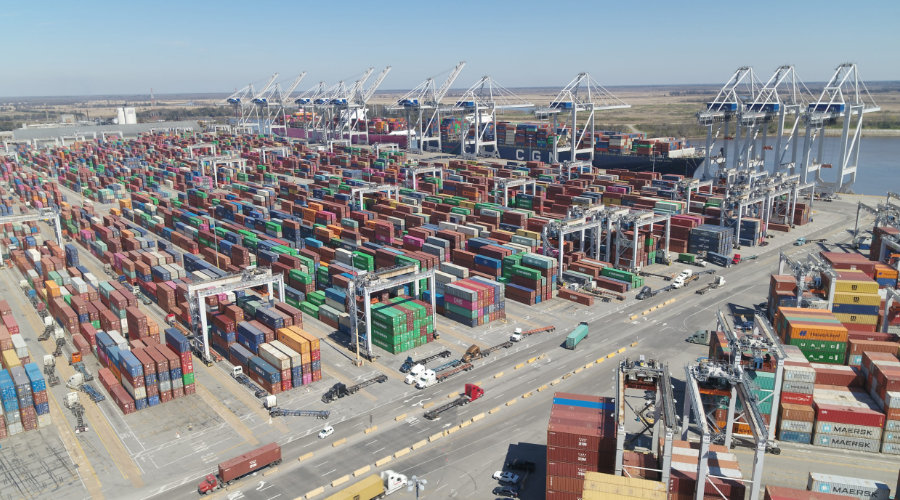 The Georgia Ports Authority (GPA) reported record volume in March, with total tonnage across all terminals increasing 26.9%, or nearly 860,000 tons, to more than 4 million tons.

The Port of Savannah handled an all-time record of nearly 500,000 20-foot-equivalent units (TEUs), an increase of 48%, compared with the same month in 2020, according to a news release.

GPA’s Mason Mega Rail Terminal volumes grew by 29.7% during the month, moving an additional 10,924 containers for a total of 47,684. At the Appalachian Regional Port, intermodal lifts increased 37.7% for the month, up by 761 containers compared with March 2020's level, for a total of 2,782 containers.

Over the coming months, GPA will add container yard space and rail capacity, as well as grow its big ship service capabilities and crane fleet. By September, GPA will commission Phase I of a project that will add a total of 650,000 TEUs of space at Garden City Terminal. A separate project adding 750,000 TEUs of annual capacity will open for operation in 2023.