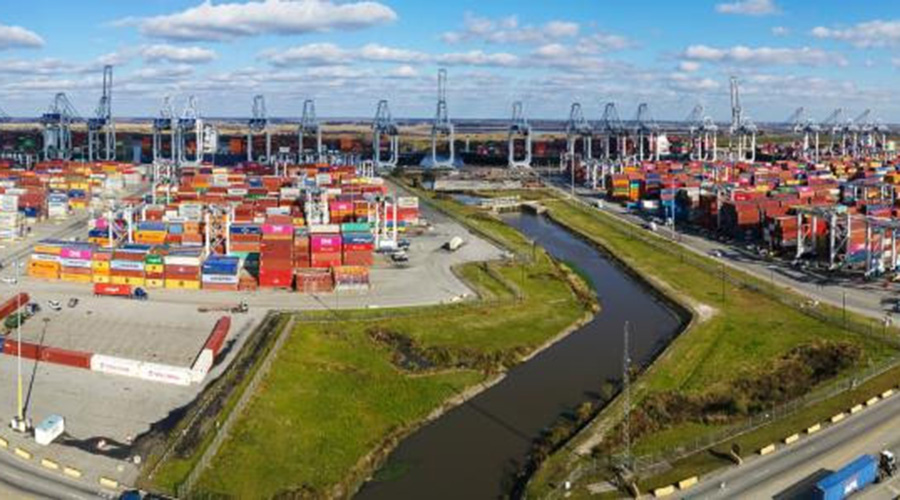 The Georgia Ports Authority’s (GPA) board has approved a $538 million expansion plan aimed at boosting port capacity in Brunswick and Savannah.

The plan expedites projects initially anticipated to start a number of years from now. Projects at the Port of Savannah — which is served by CSX and Norfolk Southern Railway — are expected to increase its annual capacity from 6 million to 9.5 million 20-foot equivalent units (TEUs) by 2025.

"This growth plan is part of an overall strategy to enhance operations, accommodate increased demand, and deliver world-class service and reliability," he said.

The plan calls for advancing the Garden City Terminal West expansion, which involves adding 90 acres of container storage, a truck gate, access road and seven rubber-tired gantry cranes. The GPA is building a transload facility with a cross-docking warehouse at the terminal that’s slated for completion by April 2023.

To be carried out in phases, the work will gradually increase the Port of Savannah’s annual capacity by 1 million TEUs through 2023 and 2024, GPA officials said.

"With the completion of the Savannah Harbor deepening, we have the water depth to more easily accommodate big ships. [These] projects will complement the harbor expansion by giving us the landside capacity we need to handle larger container volumes," said Lynch.

The GPA also plans to develop 85 additional acres — including space for vehicle processing facilities — at the Port of Brunswick. New pavement and buildings are expected to be completed next year. In addition, the Colonel’s Island Terminal has another 355 acres that’s permitted for development, GPA officials said.