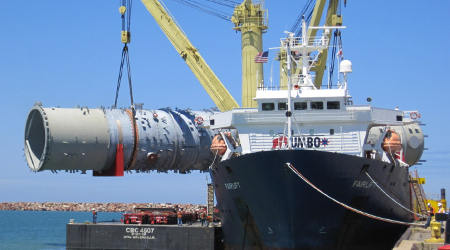 The Ports of Indiana handled unprecedented levels of cargo in 2018, marking the best year in the organization's history.

Last year was the first time in the Ports of Indiana's history that cargo volume records were set in each quarter, and the fifth consecutive year that the ports handled more than 10 million tons of cargo, they said.

Key drivers were coal shipments, up 58 percent; soy products, up 26 percent; and steel, up 4 percent year over year.

"We are so grateful for such an extraordinary year and fully appreciate what it took on behalf of all our port businesses and employees to achieve this kind of high-water mark," said Vanta Coda III, chief executive officer of Ports of Indiana.