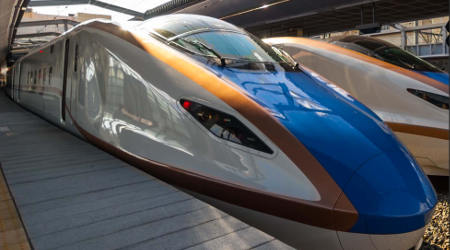 The funding comes from the province's 2018 budget. The initial phase of the high-speed rail route will run between Toronto and London, Ontario.

Electric-powered trains will travel at speeds up to 155 mph on a combination of existing track and new dedicated rail corridors, according to a press release issued by Wynne's office.

Train stops will include London, Kitchener, Guelph and Toronto Union Station, with a connection to Toronto Pearson International Airport. The second phase of service will add stops in Windsor and Chatham.

"The best time to build high speed rail was 30 years ago. The second best time is right now, so we are taking action," Wynne said. "We are going to build this line because high-speed rail is going to unlock so many benefits for people and businesses across Southwestern Ontario."

In February, the Ontario government appointed David Collenette chair of its high-speed rail planning advisory board. He previously authored a report that concluded a business case could be made for high-speed rail along the Toronto-Windsor corridor.