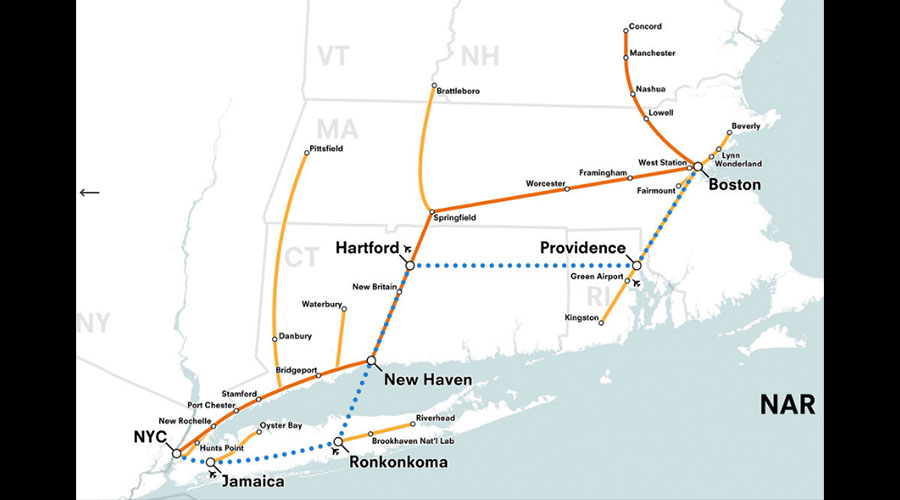 Twenty-three members of Congress are urging the U.S. House Transportation and Infrastructure (T&I) Committee to consider authorizing a new public-benefit corporation to create and build the North Atlantic Rail network.

In a letter to T&I Committee Chairman Peter DeFazio (D-Ore.) and Ranking Member Sam Graves (R-Mo.), the 23 Members wrote the proposed rail network could serve as a prototype for new 21st century rail networks in the nation’s other megaregions.

The co-signers are asking DeFazio and Graves to consider including authorization for a North Atlantic Rail Corporation (NARC) in the upcoming surface-transportation reauthorization legislation.

NARC would be a defined-term, special-purpose entity, with a board appointed by the governors of the seven states. NARC would be charged with partnering with Amtrak, the Federal Railroad Administration, the Northeast Corridor Commission and local rail and transportation agencies to complete the North Atlantic Rail network on time and on budget and deliver it to Amtrak and local agencies, at which point NARC would sunset.