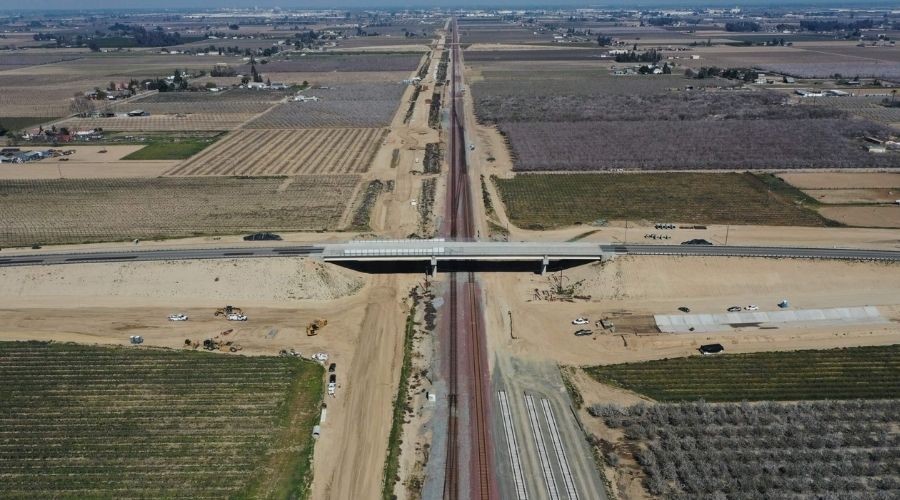 The California High-Speed Rail Authority (CHSRA) on Monday announced the completion of the South Avenue grade separation in Fresno County, another structure along the 65-mile segment in Fresno, Kings and Tulare counties.

The grade separation is now open to traffic.

The grade separation, one of 36 total planned separations in Construction Package 2-3, allows travel over a BNSF Railway Co. line and future high-speed rail lines, CHSRA officials said in a press release. It spans about 390 feet and is 40 feet wide.

Design-build contractor Dragados Flatiron Joint Venture made 12 pre-cast girders in its facility in Hanford, California, which has provided more than 1,300 different types of girders and other pieces of structure along the 65 miles of track.

“The completion of the South Avenue grade separation is another example of significant progress for California’s high-speed rail project and a testament to our efforts to deliver a safe and sustainable transportation project for the next generation,” said Central Valley Regional Director Garth Fernandez.

More of those grade separations will be completed through summer and fall, CHSRA officials said.