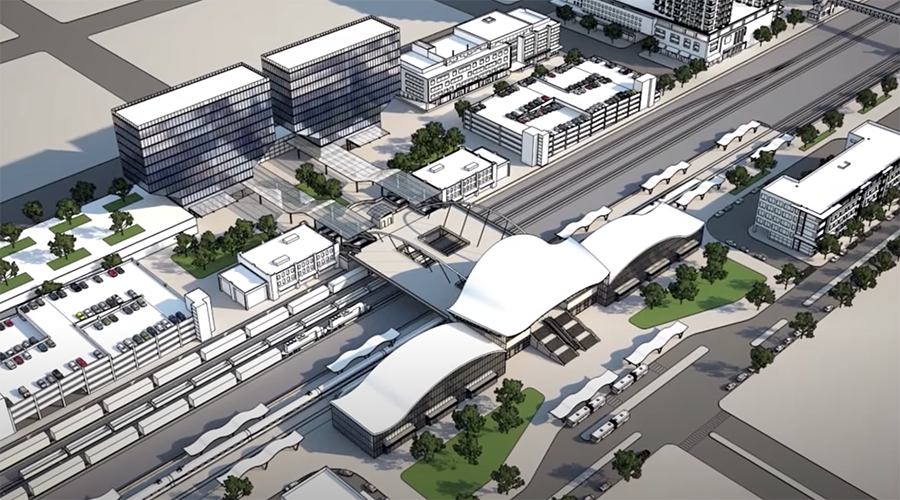 Funded in part by station area planning funds from the California High-Speed Rail Authority (CHSRA), the Palmdale Transit Area Specific Plan lays out how land can be developed in the 746 acres surrounding the future station.

The plan outlines how to create a pedestrian-oriented, mixed-use station area that embodies sustainable, economic and social development, and focuses on increasing density around the future station, CHSRA officials said in a press release.

The project area is generally bound by Technology Drive to the north, 10th Place East to the east, Avenue Q-9 to the south, and State Route 14 to the west.

The Palmdale Transportation Center is part of CHSRA’s Bakersfield-to-Palmdale project section, an 80-mile corridor that runs through or near the cities of Edison, Tehachapi, Rosamond, Lancaster and Palmdale.

The high-speed rail project is under construction on 119 miles in the Central Valley.