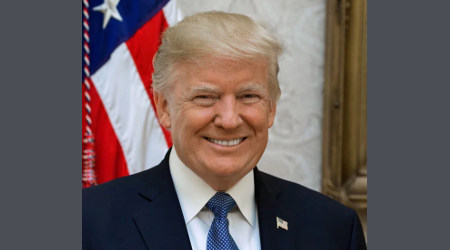 President Trump's administration intends to cancel $929 million in federal grant funds yet to be paid for California's high-speed rail project, and also will explore legal options to seek the return of $2.5 billion previously paid for the project.

Following Newsom's announcement, Trump last week called on the state to give back the full $3.5 billion in federal grants that President Obama's administration had allocated to the project. Newsom responded that the state would not return the dollars.

But in yesterday's letter to the CHSRA, Batory outlined the federal government's notice of intent to terminate the grant agreement effective March 5 and "de-obligate" the full $928,620,000.

"FRA has determined that CHSRA has materially failed to comply with the terms of the agreement and has failed to make reasonable progress on the project, significantly endangering substantial performance," Batory wrote.

The letter also referenced Newsom's speech announcing the scaling back of the plan, which Batory said represents a "significant retreat from the state's initial vision" to build a system that connects the state's northern and southern regions.

"If you believe there is information showing that: (1) CHSRA has satisfied its commitments and obligations under the agreement; (2) is making reasonable progress to deliver the project; and (3) that the governor's announcement does not constitute a fundamental change in the purpose of the overall project for which federal funding was awarded, FRA will take that information into consideration," Batory wrote.

He gave state officials until March 5 to present such information to the FRA. Batory closed the letter by stating that the government is "exploring all legal options," including terminating the recovery of the federal funds the state already received under the original allocation That money is being used to finance construction of about 119 miles of rail line in the Central Valley.

Although the FRA's notice outlined what it believed to be the state's violation of the grant agreement, Newsom suggested yesterday that the Trump administration's motives are political.

"It's no coincidence that the administration's threat comes 24 hours after California led 16 states in challenging the president's farcical 'national emergency,'" Newsom said in a statement, according to the Los Angeles Times. The statement was referring to Trump's declaration of a national emergency to secure funding for his wall on the U.S.-Mexican border.

"This is clear political retribution by President Trump, and we won't sit idly by," Newsom stated. "This is California's money, and we are going to fight for it."