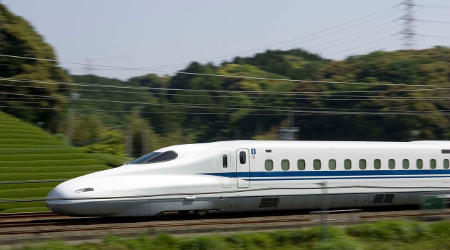 Based in Spain, Renfe has more than 25 years of experience operating high-speed trains in Europe and other countries, Texas Central officials said in a press release.

"Renfe has established a reputation for excellence in railroad operation in Spain and across the world, and we welcome them aboard," said Texas Central Chief Executive Officer Carlos Aguilar.

The selection of Renfe marks another milestone in the Texas Central Railroad's plan to bring a 200 mph train that will connect the state's largest population and economic regions in 90 minutes.

"Having the operator, the design build and technology teams all on board and able to collaborate will ensure all aspects of the railroad are integrated and efficient," said Aguilar. "The combination of these best-in-class global experts sets the foundation for the new jobs-creating industry we are bringing to Texas."

Renfe — in partnership with Adif, which manages Spain's railway infrastructure — was chosen after a " highly competitive review" of global railroad operators. The company will provide technical advice on the design and construction of the Texas train and assist in the further development of Texas Central's operation and maintenance plans, Texas Central officials said.

The operator will run the trains; maintain system components, such as the engines, signals and other equipment; and oversee ticketing, passenger loyalty programs and other services.

"Texas Central represents a large high-speed train project in a country with high-growth potential, for which the Spanish experience will be of great help," said Renfe President Isaias Taboas.