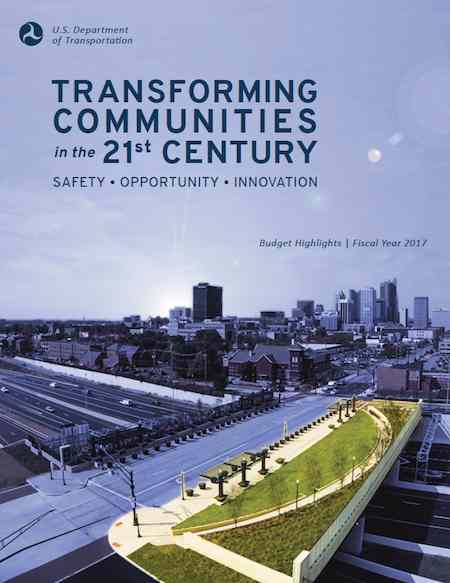 Additionally, the proposal includes $75 million to build a streetcar system in Tempe, Ariz., along with $125 million for the Orange County Streetcar project.

Under Obama's budget, the Federal Railroad Administration would receive $6.3 billion, marking an increase of 268 percent compared to FY2016 enacted levels, according to a "legislative alert" from the American Public Transportation Association (APTA).

Additionally, the budget calls for allotting $19.9 billion to the Federal Transit Administration. The figure represents a 68 percent increase compared with the previous year's budget, APTA said.

The United States Department of Transportation would receive $98.1 billion in FY2017.

Obama's budget also calls for a $10.25 per barrel tax on oil that would be phased in over five years. Revenue generated from the tax would go toward covering the $303 billion costs of implementing the president's "clean transportation plan," which calls for developing high-speed rail and more public transit.