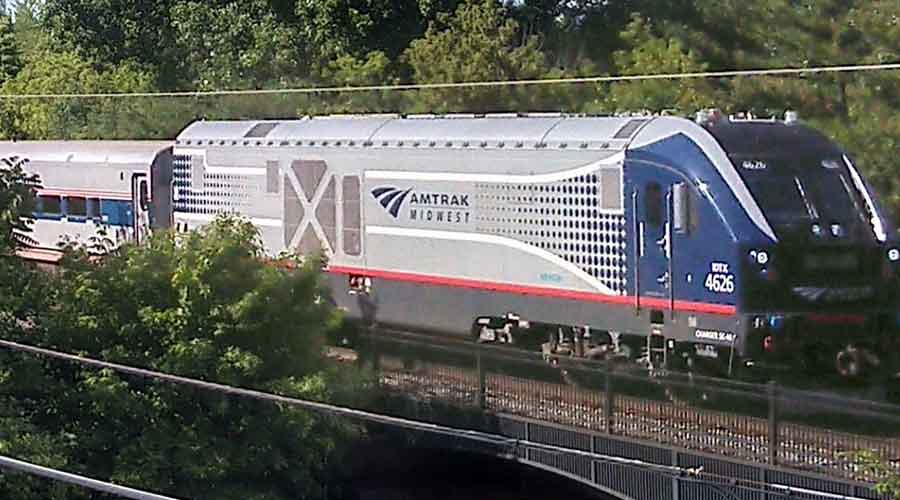 The U.S. Department of Transportation (USDOT) yesterday announced the recipients of $248.5 million in grant funds under the Consolidated Rail Infrastructure and Safety Improvements (CRISI) Program for state and local railroad infrastructure projects.

Administered by the Federal Railroad Administration, the grants will fund 32 projects in 27 states, USDOT officials said in a press release.

The CRISI Program was authorized under the Fixing America’s Surface Transportation (FAST) Act to improve the safety, efficiency and reliability of intercity passenger- and freight-rail systems. Half of the grant funds went to rural projects, which have a 25 percent funding requirement under the program.

Of the 32 projects that received awards, 15 are located in federal opportunity zones, which were created to revitalize economically distressed communities using private investments, USDOT officials said.

News about individual grants has been trickling out over the past few weeks, as members of Congress issued statements confirming local grant awards. Among the recipients is the Wisconsin Department of Transportation, which was awarded $26.6 million to reconfigure existing Canadian Pacific rail and yard facilities just south of the Milwaukee Intermodal Station in downtown Milwaukee. The station serves as the northern terminus on Amtrak's Hiawatha Milwaukee-to-Chicago route.

The bypass project calls for installing double track on the CP mainline through CP's Muskego Yard, moving freight traffic out of the Milwaukee Intermodal Station and reducing the number of grade crossings CP freight trains cross in Milwaukee. The effort will help improve the flow of people and goods through a critical corridor, said U.S. Rep. Gwen Moore (D-Wis.) in a press release.

"This project will also pave the way for an eighth daily round trip on Amtrak’s Hiawatha line, which continues to break ridership records and is one of the busiest routes in the nation," Moore said.

Following is a list of other CRISI grant awards worth more than $1 million that haven't yet been reported on Progressive Railroading.com:

• Kansas Department of Transportation, $27 million, for a project to upgrade track, including rail replacement, ties, ballast, turnouts, repair bridges and grade crossings on the South Kansas & Oklahoma Railroad's Tulsa, Moline and Neodesha subdivisions allowing about 80 percent of the railroad to be able to accommodate 286,000-pound freight.

• Delmarva Central Railroad Co., $18.8 million, for a project to refurbish three rail bridges over navigable waterways in Bear and Seaford, Delaware, and Pocomoke City, Maryland; upgrade over 100 miles of track between Porter, Delaware, and Lecato, Virginia; and improve nine grade crossings in Delaware and Maryland.

• Northern New England Passenger Rail Authority, $16.9 million, for construction of a new intercity passenger-rail platform at the Wells Transportation Center and a pedestrian bridge to access the new platform in Wells, Maine. The project also extends an existing 2-mile Pan Am Railway siding to become a 6-mile siding adjacent to the new platform.

• Florida Gulf & Atlantic Railroad LLC, $7.8 million, for a project that includes right-of-way acquisition, preliminary engineering and environmental analysis and documentation for construction of a 72-acre rail yard in Baker County, Florida. The rail yard will be the anchor for a new transload facility. The project allows Florida Gulf & Atlantic Railroad to stage trains there instead of hauling all freight 125 miles west to Tallahassee prior to interchange with CSX.

• City of Hattiesburg, Mississippi, $5.4 million, for a project that consists of three components: a grade separation over the CN north-south rail line; a new spur/connection track to improve freight movements in and out of a Norfolk Southern Railway yard to reduce blocked crossings; and innovative ways to notify drivers via dynamic message signs and mobile mapping applications about blocked crossings and the presence of trains so that drivers may re-route.

• Southwest Ohio Regional Transit Authority, $4.7 million, for multiple rail upgrade projects along the Blue Ash and Oasis subdivisions in Cincinnati, Ohio, operated by the Indiana and Ohio Railway Co. and owned by the transit authority. Projects include track upgrades to allow for 286,000-pound rail car loads on the Blue Ash Subdivision, and rail yard improvements and three bridge rehabilitations on the Oasis Subdivision.

• Town of Mooresville, North Carolina, $4.5 million, for the Mazeppa Road Flyover Rail Crossing project to eliminate the grade crossing and build a four-lane bridge for vehicular traffic at the intersection of Mazeppa/Connector Road and North Carolina State Highway NC-115 with NS in Mooresville.

• City of Longmont, Colorado, $4 million, to improves 15 grade crossings on the BNSF Railway Co. mainline in the city. The project will include installing four-quad gates, raised medians with gates and, in some instances, full closure at cross streets.

• Alaska Railroad Corp., $3.9 million for the Bird Creek Pony Truss Bridge replacement. The project will replaces a nearly 70-year-old bridge on the mainline to allow the railroad to operate 286,000-pound rail cars and double-stack trains.

• Ohio Rail Development Commission, $1.7 million, for a project to rehabilitate 30 miles of track — including ties, track surfacing and gauging— to allow for increased speeds between Greenfield and Midland, Ohio.