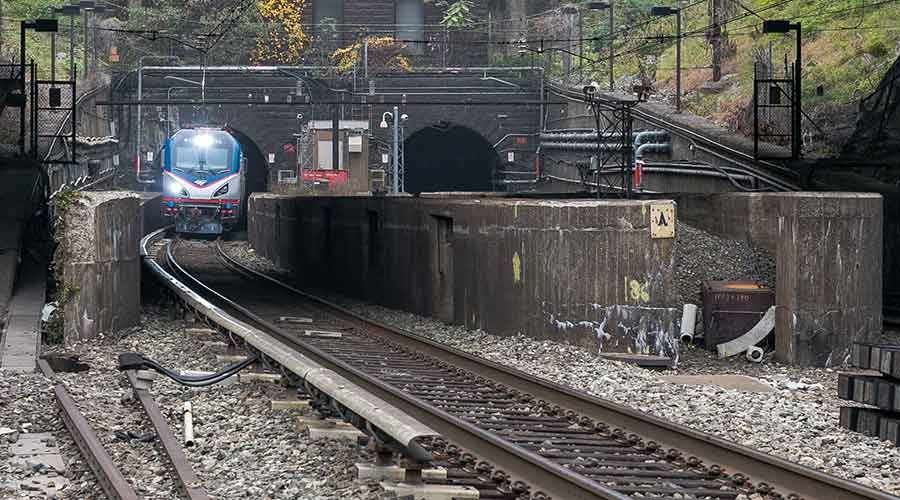 Several Democratic U.S. senators are criticizing the Federal Railroad Administration (FRA) over delays in the process that would allow construction to begin on a new passenger-rail tunnel connecting New York and New Jersey.

In a Feb. 6 letter to FRA Administrator Ronald Batory, the senators expressed "deep disappointment" that the FRA has not yet finalized a draft environmental impact statement (EIS) nor a record of decision (ROD) that would allow for construction of the so-called "Gateway" tunnel beneath the Hudson River and provide "essential repairs" to the North River Tunnel.

"We implore you to provide an update on when we can expect a final EIS and ROD for the Hudson Tunnel Project, including confirmation of the remaining steps necessary to move the project into the design andconstruction phases," the senators wrote.

The tunnel project is part of Amtrak's Gateway infrastructure program.

"These tubes are old and in need of significant rehabilitation," the letter stated. "If they are forced to close, the region would grin to a standstill and the nation's economy would suffer immensely."

Batory confirmed at a Senate committee hearing in June 2019 that the FRA completed 95 steps related to the project's environmental review and said that another 27 steps remain but were "actively being worked on," the senators wrote.

"Over seven months later, we have yet to receive a more specific answer as to when we can expect a final decision," they said.

The letter asked Batory to provide a "detailed explanation" for completing the draft EIS and when they can expect a record of decision.