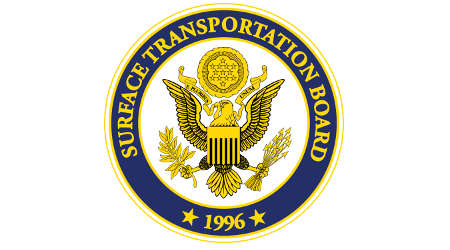 The proposed rules implement Section 11 of the STB Reauthorization Act of 2015, which required the agency to consider how procedures for expediting court litigation might be applied to rate cases, STB officials said in a press release.

The rules are not the final action the STB plans to take to improve its rate review processes, they said.

Last week's proposal reflects public input on the advanced notice of proposed rulemaking that the STB issued in June 2016. The notice focused on improving efficiency at distinct phases of rate cases, such as the period before the complaint is filed, discovery, evidentiary submissions and the final briefing.

Consistent with the notice, the proposed rules focus on the key phases of rate reasonableness cases. The STB is proposing to establish a 70-day "pre-complaint" period, in which the complainant wold notify the defendant of the rate and movement it intends to challenge and during which mandatory mediation would occur.

For discovery, the proposed rules would require service of the complainant's and defendant's initial discovery requests with the complaint and the answer, respectively. The rule also would establish a requirement that parties meet and confer before the the filing of a motion compel.

The board is proposing to standardize certain practices related to evidentiary submissions, as well as to establish a new practice of appointing an STB staff person to serve as a liaison for the case and assist the parties in technical and procedural matters, particularly in discovery.

The STB is seeking public comment on the proposed rules, which may be viewed and downloaded at stb.gov, under "E-LIBRARY / Decisions & Notices / 03/ 31 / 17."