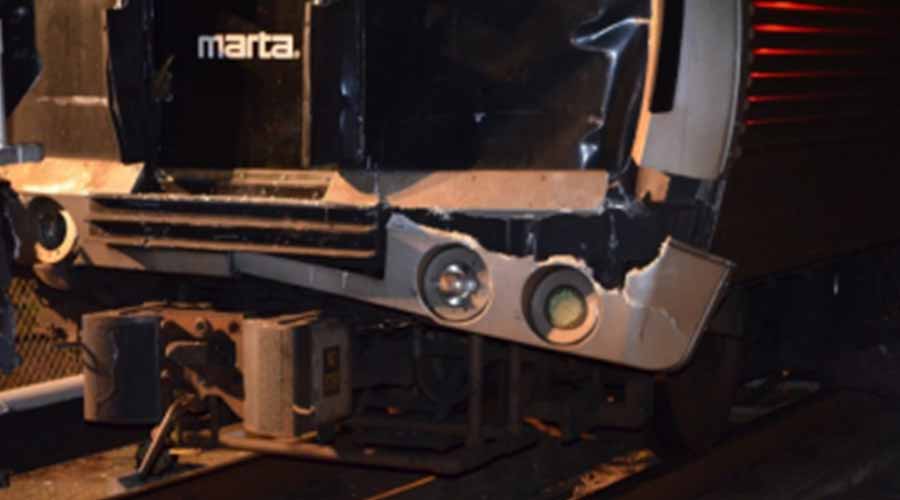 The National Transportation Safety Board (NTSB) last week determined the probable cause of a fatal Metropolitan Atlanta Rapid Transit Authority (MARTA) train incident in 2018 was a flagperson moving equipment outside of a restricted area without authority and on-track protection.

The incident occurred June 3, 2018, when a MARTA northbound train struck on-track equipment about 120 yards north of the Medical Center Station near Sandy Springs, Georgia, according to an NTSB accident brief.

A MARTA contractor, Cleveland Electric Co., owned and operated the equipment. A contract employee, who was the equipment operator, died from injuries sustained during the collision.

Neither passengers nor the train operator reported injuries. The train's speed at the time of collision was 22 mph.

NTSB attributed the probable cause to the primary flagperson's actions. Also contributing to the accident was the rail operator's failure to make a visual check of the immediate track area ahead of the train before beginning movement from the Medical Center Station, and a failure to maintain a constant visual check of track conditions as far ahead as possible, NTSB officials said.

At the time of the incident, MARTA was installing a high-speed cellular wireless network in the tunnel south of the Medical Center Station.

The NTSB's full brief can be read here.