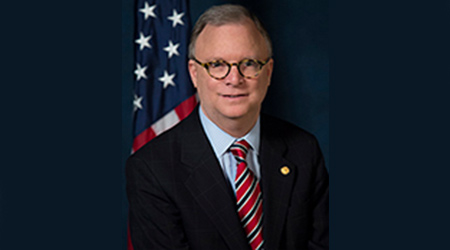 The president intends to nominate Sumwalt for another five-year term on the board. He assumes the vice chair and acting chair duties from Bella Dinh-Zarr, who had served as acting chair since March 16 and now will continue to serve as a board member.

Sumwalt joined the NTSB in August 2006 and soon afterward was appointed vice chair by former President George W. Bush. In November 2011, former President Barack Obama reappointed him to an additional five-year term as a board member.

Prior to joining the NTSB, Sumwalt was a pilot for 32 years, including a 24-year stint with Piedmont Airlines and US Airways. He chaired the Air Line Pilots Association’s human factors and training group and co-founded its critical incident response program.

The NTSB has five board members who are nominated by the president to serve five-year terms. The appointed chairman and vice chairman each serve for two years.

Meanwhile, the NTSB marked its 50th anniversary on April 1. The board investigates each civil aviation, railroad, highway, marine and pipeline accident in the Unites States, and since 1967 has investigated tens of thousands of accidents and made more than 14,500 recommendations to improve transportation safety.

With a current staff numbering 430, the NTSB each year investigates about 1,600 aviation, 22 highway, nine rail, three pipeline or hazardous materials, and 30 maritime accidents. The board also issues more than 280 safety recommendations per year.