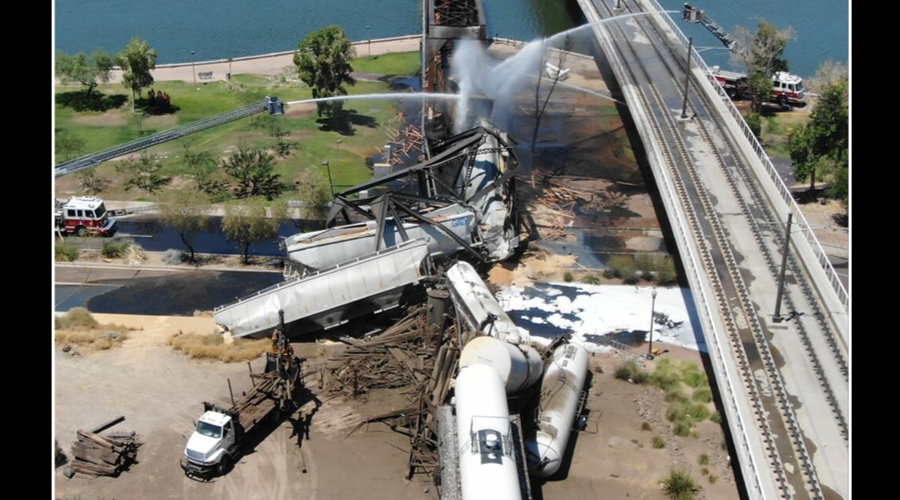 The National Transportation Safety Board (NTSB) has opened a public docket for its ongoing investigation of the July 29, 2020, Union Pacific Railroad train derailment and fire near Tempe, Arizona.

The derailment occurred when a westbound UP train traveled over a wooden trestle leading up to a steel superstructure bridge over Tempe Town Lake. Twelve cars derailed and the train struck the bridge, which collapsed. Three cars carrying hazardous materials released about 2,200 gallons of flammable material, but did not catch fire. No injuries were reported.

The docket contains only factual information collected by NTSB investigators and does not provide the final report, an analysis, findings, recommendations or probable cause determinations, board members said in a news release. No conclusions should be drawn from the information within the docket, they added.

At a later date, the NTSB will issue a final report, which will include an analysis, findings, recommendations and probable cause determinations.