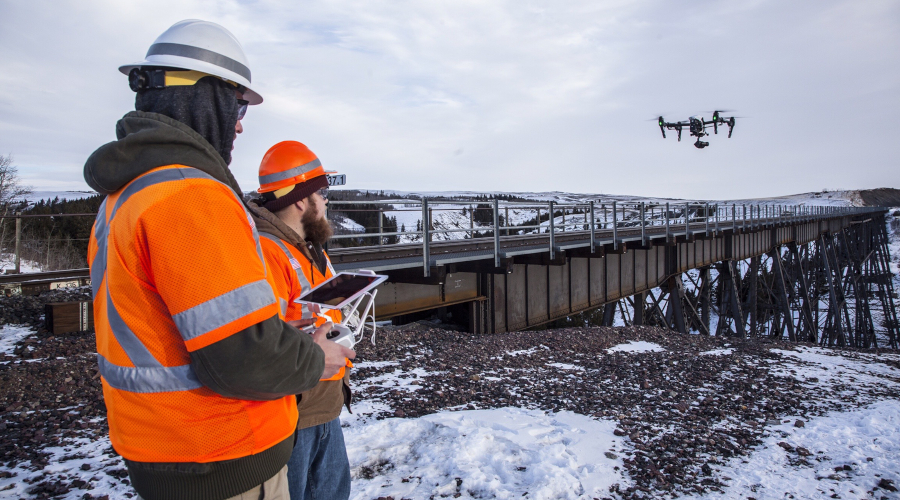 The Federal Aviation Administration (FAA) last week announced a proposed rule that would require unmanned aircraft systems (UAS), or drones, to include remote identification technology so that law enforcement and federal security agencies can identify them while they are flying in their jurisdiction.

The proposed rule calls for drones to have the ability to transmit identification and location information to other airspace users and people on the ground.

The remote ID rule would apply to all drones that are required to be registered with the FAA, including those used by Class Is across the country to inspect rail infrastructure.

As the number of drone operations increases, the ability to identify and locate drones will provide additional situational awareness to manned and unmanned aircraft, FAA officials said in a press release.

The FAA envisions that the remote identification network will form the foundation for the development of other technologies that can enable expanded operations, like those over people or beyond visual line of sight, FAA officials said. The network will also allow the FAA and drone industry to move toward a traffic management ecosystem for UAS flights.

The FAA expects to publish the proposed rulemaking tomorrow in the Federal Register, and begin a 60-day public comment period to gather input that will help the agency develop a final rule.