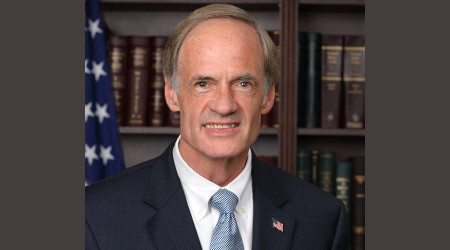 A bipartisan group of U.S. senators this week introduced the Diesel Emissions Reduction Act (DERA) of 2017, a measure that would reauthorize the federal clean-air program through fiscal-year 2022 at current funding levels.

The legislation also would ensure equal funding opportunities between large cities and rural areas, according to a press release issued by U.S. Sen. Tom Carper (D-Del.), ranking member of the Senate Committee on Environment and Public Works (EPW).

"Since its inception, DERA has been one of the most cost-effective clean air programs with an average of $13 in health and economic benefits for every $1 put into the program," said Carper.

"DERA has upgraded nearly 73,000 diesel-powered vehicles equipment in a voluntary and cost-effective manner, all while creating manufacturing jobs and reducing real risks caused by air pollution," Inhofe said. "I have been a strong supporter of DERA since it was created 10 years ago and I am pleased to continue my support by once again joining Sen. Carper in introducing bipartisan legislation to reauthorize such an effective program."

The DERA Act was first established in the Energy Policy Act of 2005. Administered by the Environmental Protection Agency, the program uses federal funding through grants and rebates to leverage state and other non-federal funding to finance the voluntary replacement or installation of retrofits on existing heavy-duty diesel vehicles and engines.

DERA has upgraded nearly 73,000 vehicles or pieces of equipment and saved over 450 million gallons of fuel, according to Carper.