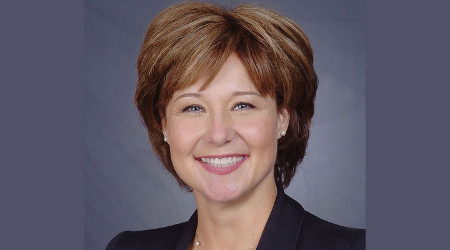 Clark's request comes in the wake of President Donald Trump's decision to impose tariffs of up to 24 percent on Canadian lumber shipped into the United States.

In a letter sent April 26 to Trudeau, Clark said that she told her constituents "that I would use every tool at our disposal to ensure we get a fair deal on softwood lumber."

In the meantime, she wanted to work with Trudeau on banning the shipment of U.S. thermal coal from British Columbia's ports. She noted that, for many years, the United States has shipped the coal through the ports on its way to Asia. Despite her environmental concerns about thermal coal, she hasn't pressed the issue because "friends and trading partners cooperate," her letter stated.

Banning the transport of U.S. thermal coal through British Columbia would be consistent with efforts by the province and Canada to reduce global greenhouse gas emissions, she noted.

"As you may know, over the past five years, every proposed coal export facility on the West Coast of the United States has been rejected or withdrawn, typically as a result of ecological or environmental concerns," Clark said, adding that provincial governments and U.S. western states are phasing out the use of thermal coal as a source of electricity.

"By eliminating thermal coal shipments from British Columbian ports, we can open up additional capacity for metallurgical coal that is used to make long-lasting steel, not burned to produce short-term electricity," Clark's letter stated.