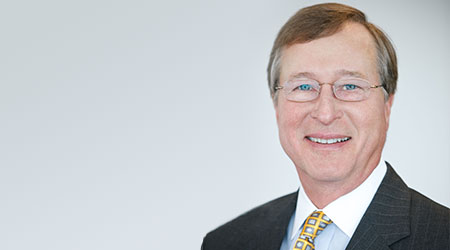 The Association of American Railroads (AAR) is calling on the U.S. Department of Transportation to take a "supportive regulatory approach" to how railroads will use automation technology.

The AAR's comments were submitted in response to the Federal Railroad Administration's (FRA) request for public comments on the potential benefits, costs, risks and challenges to implementing automated railroad operations.

The U.S. Pipeline and Hazardous Materials Safety Administration made a similar request. AAR submitted its comments to both agencies, which are part of the U.S. Department of Transportation.

"While railroading in America is safer than ever, we are at an inflection point and further progress requires a paradigm shift," said AAR President and Chief Executive Officer Edward Hamberger said in a press release. "The Department of Transportation has encouraged the development and deployment of this game-changing technology in other transportation sectors, and we hope this is the beginning of an ongoing conversation about how it can be put to work across the world's best freight-rail network."

The AAR is asking the department to apply the same "regulatory approach with railroads that they have with the automation of trucks and cars," AAR officials said.

While noting automation's benefits, NS also pointed out the greatest obstacle to automated technology's deployment is "lack of regulatory clarity, as well as current regulations that impede their implementation," company officials said in a press release.

NS urged the FRA to "affirmatively signal its willingness to embrace and encourage automation in the rail industry … and begin reviewing and removing regulations that impede innovation in favor of a performance-based regulatory scheme," company officials said.

Moreover, NS asked the FRA to follow the National Highway Traffic Safety Administration's lead by providing clear and flexible guidance to enable railroads to pursue technology and affirm that "automation is not a risk to be contained, but rather a safety and efficiency-enhancing standard to which the industry should aspire."