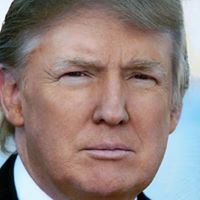 The Association of American Railroads (AAR) and American Public Transportation Association (APTA) were among the transportation industry organizations that issued prepared statements in reaction to yesterday's national election results.

"As a business leader, Mr. Trump understands many of the economic challenges facing this country. As such, we hope he will move quickly on issues such as comprehensive tax reform that reduces the corporate rate, a review and reform of the broken regulatory system and an embracement of fair and open trade," said Hamberger.

On the congressional races, Hamberger added: "Leaders of both parties in Congress, particularly the Senate Commerce Committee, have long recognized the value and impact of our private freight-rail network. We look forward to continued dialogue on our most important issues – including stopping unfounded regulatory efforts at the U.S. Surface Transportation Board – and are eager to begin a new legislative session."

APTA officials said they believe a significant portion of Trump's proposal to invest in the nation's infrastructure should be dedicated to public transportation, as nearly 60 percent of transit trips are for work commutes.