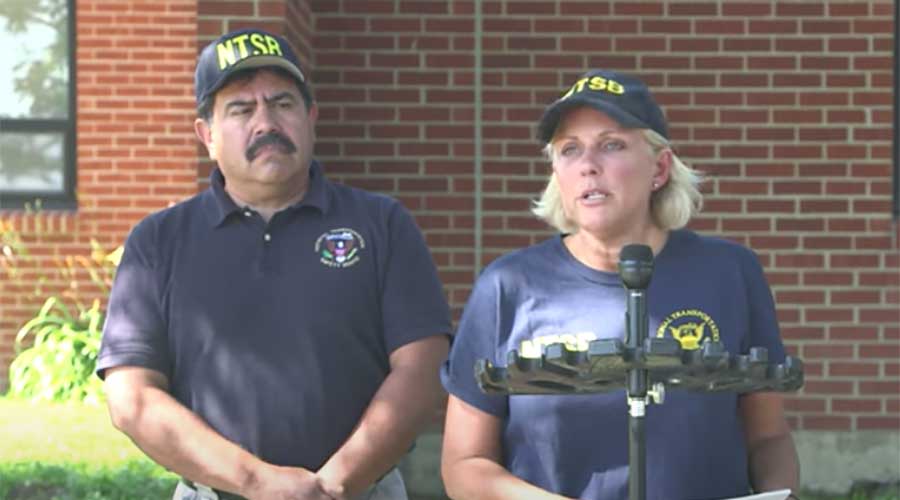 Homendy and a team of 15 NTSB investigators arrived yesterday at the scene of the accident, which occurred when the train struck a dump truck in the crossing on Porche Prairie Avenue near Mendon, Missouri. The number of fatalities is now at four — three train passengers and the truck driver have died, Amtrak and the Missouri State Patrol announced yesterday.

About 150 people were transported from the scene to 10 area hospitals for treatment of injures that range from minor to serious, they said.

The truck, owned by MS Contracting LLC of Missouri, was transporting materials to a nearby Army Corps of Engineers' project when it was struck. The entire train of two locomotives and eight cars derailed. A crew of 12 and about 275 passengers were on board.

Also on the train were two troops of Boy Scouts who provided first aid to the injured, including the dying truck driver, Homendy said. The troops were traveling home to Wisconsin from a camping trip in New Mexico.

The NTSB has recommended for many years that passive grade crossings be closed, consolidated, separated or made "active" by installing warning devices, she said.

Assisting in the investigation are the Federal Railroad Administration, Amtrak and BNSF Railway Co., which owns the track on which the train was traveling.

"This incident is a critical reminder about the importance of exercising extreme caution around railroad tracks and crossings," said Amtrak CEO Stephen Gardner in a written statement. "As the NTSB works hard to investigate this incident, we remain committed to helping our passengers, crew and the families of those who were affected in any way."