EPA settles with UP over crude oil spill near Columbia River 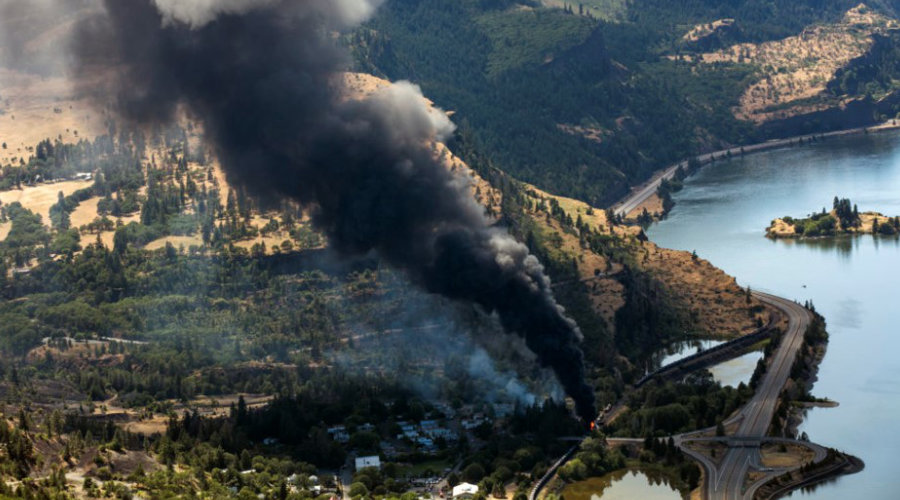 As part of the settlement agreement and final order, UP will pay a civil penalty of $52,500 to the U.S. Treasury. In addition, UP will pay a $30,000 civil penalty to the state of Oregon for discharging oil to the Columbia River, according to a settlement agreement with Oregon Department of Environmental Quality (DEQ), according to an EPA press release.

The violations allegedly occurred when a UP train derailed in June 2016 and released 47,000 gallons of Bakken crude oil in Mosier, Oregon. Most of the released oil discharged to the Mosier wastewater treatment plant, which was forced to shut down for two weeks. About 10 gallons of the Bakken Crude oil passed through the treatment plant and caused a sheen on the Columbia River.

The train — which consisted of 96 tank cars carrying crude oil from New Town, North Dakota, to U.S. Oil & Refining Co. in Tacoma, Washington — derailed in the Columbia River Gorge near Mosier. As a result of the incident, 16 of the 96 cars derailed, four cars were breached and released Bakken crude oil to the environment and several cars caught fire.

Of the 47,000 gallons of oil released, 16,000 gallons burned or vaporized. Federal, state and UP cleanup actions included installing several wells to monitor and treat contaminated shallow groundwater. A total of 2,960 tons of oil-contaminated soil was excavated and transported off-site for disposal.

In addition to paying penalties, UP has also reimbursed cleanup costs for Oregon DEQ, the Washington Department of Ecology and the EPA.