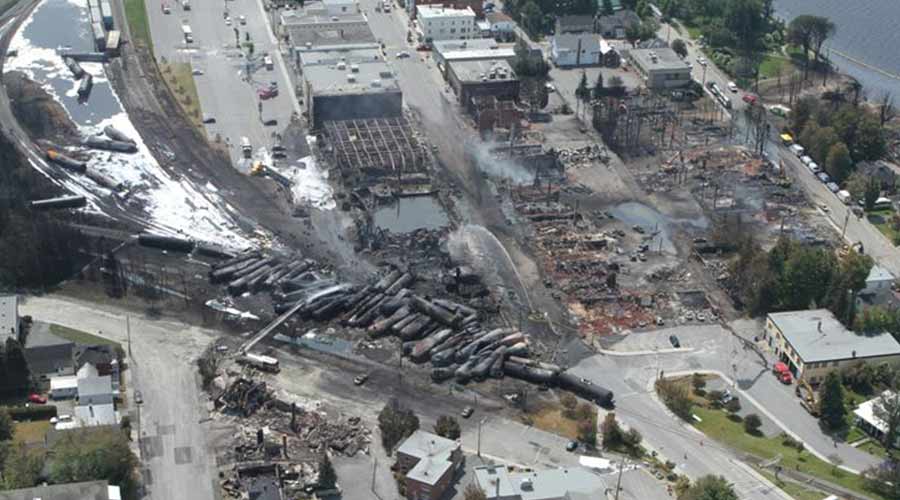 The Canadian government today announced its plan to complete the Lac-Megantic rail bypass by 2023.

The government and Canadian Pacific will begin preparing plans and specifications for the project, which calls for moving rail operations to the Lac-Megantic industrial park in Quebec.

Land acquisition negotiations soon will begin with property owners. A virtual information session will be held with them in the near future to answer their questions, government officials said in a press release issued by Transport Canada.

The construction phase is expected to begin in spring 2022. Government officials are working with CP to establish a schedule that will allow the project to be completed in 2023, they said.

"We achieved a number of milestones in recent months which have allowed us to move the project forward, despite many challenges, including those posed by the COVID-19 pandemic,” the officials said. “To relocate railway operations to the Lac-Megantic industrial park, as announced in 2019, we had additional engineering work done."

The 8-mile project is being built in response to the July 2013 Lac-Megantic rail disaster, in which an unattended crude-oil train, which had been parked in Nantes at the top of a slope, rolled down the hill before derailing at a high rate of speed in Lac-Megantic. The derailment led to an explosion and fire that killed 47 people and destroyed Lac-Megantic's downtown.

The rail bypass project was developed to provide security for the town while ensuring local businesses can continue to access rail transportation.