Class I CEOs respond to FRA-STB's letter on service issues 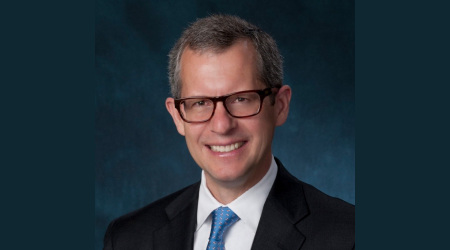 Several Class I chief executives this week responded to letters they received last week from the Federal Railroad Administration (FRA) and Surface Transportation Board (STB) that asked the railroads to address certain service issues related to the impact of the COVID-19 pandemic.

In letters to the Class Is' chief executive officers, FRA Administrator Ronald Batory and STB members said they were made aware of concerns such as "missed industrial switches and excessively late or annulled trains due to crew availability issues."

In their responses, CEOs outlined what their companies are doing to address the concerns.

"Approximately 550 train and engine employees who were in furlough status on June 1 have now returned to work, resulting in a net increase of 217 train and engine employees in that time period," Squires' letter stated. "Our furlough return rate is currently 27 percent; however, our future success in recalling crews could be affected by a significant resurgence of the virus because of other factors beyond our control."

In addition, NS has begun hiring and training new employees, and has had success with permanent and temporary transfers of crews to select locations to respond to local needs, Squires wrote.

BNSF Railway Co., also has begun recalling furloughed employees as a result of an increase in traffic since the earlier slowdown brought on by the pandemic, wrote President and Chief Executive Officer Carl Ice.

"Overall, the railroad is running well right now, with velocity up 17 percent year to date versus 2019, and local customer service performance at 90.9 percent year to date, up 4.1 percent versus last year," Ice's letter stated. "Additionally, BNSF remains well-positioned and well-resourced to flex with changing freight demands."

"We have set aggressive goals towards a vision of zero injuries and accidents and continue to make progress across a number of different measures," Ice wrote. "In particular, I would highlight that BNSF has now gone more than seven consecutive quarters without loss of life on the railroad."

"KCS is dedicated to quickly resolving service issues that may arise," Ottensmeyer wrote. "KCS also shares the goal of open and transparent communication."

Meanwhile, four organizations representing freight-rail shippers on Aug. 31 wrote to the STB to raise concerns about the group considers to be a "gap between the service data that the railroads report to the board and the level of service that shippers actually receive in the real world."

"We believe that the gap stems in substantial part from the exclusion from the reporting of the first-mile/last-mile performance for traffic that does not move in unit trains," the groups' letter states. They believe the reporting gap has become more significant recently for a number of reasons, including pandemic-related furloughs and railroads' move to precision scheduled railroading operating models.