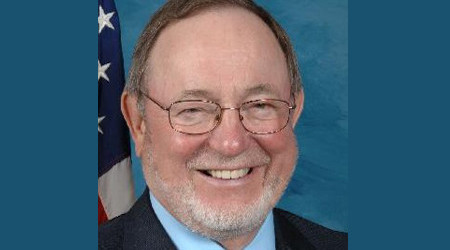 U.S. Rep. Don Young (R-Alaska) has re-introduced legislation that would require a minimum of two crew members on all freight trains.

The "Safe Freight Act of 2017 " (H.R. 233) would require that "no freight train or light engine used in connection with the movement of freight" may operate unless it has a crew of a certified locomotive engineer and a certified conductor on board.

"After several major train derailments, we must send a clear message to our lawmakers and the general public that multi-person crews are essential to ensuring the safest rail operations possible in their communities," said SMART TD President John Previsich in a press release.

Legislation that mandates two-person crews on freight trains has been opposed by the Association of American Railroads.

Young's bill has been referred to the House Committee on Transportation and Infrastructure.