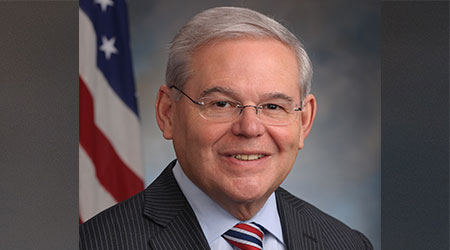 Three U.S. senators this week called on the National Transportation Safety Board (NTSB) to conduct a comprehensive study of all passenger railroads' implementation of sleep apnea testing and inward facing cameras.

The senators' concerns are in reaction to the September 2016 New Jersey Transit accident that killed one and injured more than 100 people at the terminal in Hoboken, N.J. Operator fatigue and sleep apnea have been cited in the investigation as possible causes of the accident.

And last week, the operator of an MTA Long Island Rail Road (LIRR) train that derailed in Brooklyn, N.Y., claimed he had no recollection of the crash.

The NTSB has long recommended sleep apnea testing, comprehensive fatigue risk management programs and inward facing cameras. The Federal Railroad Administration (FRA), the key regulatory agency on the practices, also has issued safety advisories on both of those issues, the senators noted in a press release.

“What’s even more concerning than the slow progress railroads are making, is an apparent growing trend of railroads pledging to implement sleep apnea testing and inward cameras only after a derailment has occurred on their system,” the senators wrote in a Jan. 8 letter to NTSB Chairman Christopher Hart. “Passenger railroads should be able to heed the lessons of other passenger railroads, and each of them should be taking steps to implement these two important provisions as quickly as possible.”

In October 2016, Menendez and Booker called on the U.S. Department of Transportation to investigate safety concerns at NJ Transit.