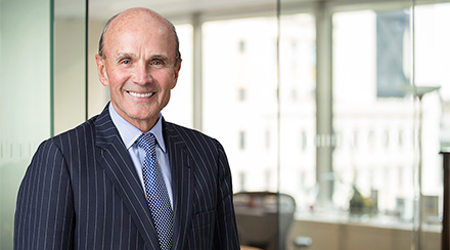 The board elected John Zillmer chairman, effective upon Kelly's retirement.

Kelly has served on the board for more than 16 years, including 10 as presiding director or chairman. CSX President and Chief Executive Officer James Foote praised Kelly for his "leadership, dedication and contributions" to the Class I.

"His stalwart service to CSX has guided us with exceptional skill through many turbulent moments," said Foote.

"Particularly over these past two unprecedented years, [Kelly's] leadership has been principled, judicious, and no less than extraordinarily consequential," added Vice Chairman Paul Hilal.

Kelly praised Foote for his work since the unexpected death of CSX President and CEO E. Hunter Harrison in December 2017.

"CSX has made great progress under the leadership of Jim and his management team, as they continue to pursue the vision and execute the plan established by the late Hunter Harrison," Kelly said.

"I'm also delighted that the board has elected John Zillmer to succeed me as
chairman," Kelly added. "I have worked closely with John and have great respect for his experience and judgment."