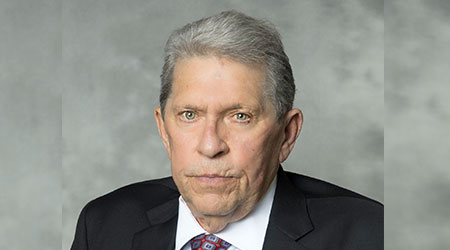 [Editor's note: Story was updated at 3:16 p.m. to include a statement from the Association of American Railroads.]

"It is with great sadness that we announce that E. Hunter Harrison, president and chief executive officer of CSX, died today in Wellington, Florida, due to unexpectedly severe complications from a recent illness. The entire CSX family mourns this loss. On behalf of our board of directors, management team and employees, we extend our deepest sympathies to Hunter's family. Hunter was a larger-than-life figure who brought his remarkable passion, experience and energy in railroading to CSX."

CSX Chairman Edward Kelly III issued the following statement on behalf of the board: "With the passing of Hunter Harrison, CSX has suffered a major loss. Notwithstanding that loss, the board is confident that Jim Foote, as acting chief executive officer, and the rest of the CSX team will capitalize on the changes that Hunter has made. The board will continue to consider in a deliberative way how to best maximize CSX's performance over the long term."

The board announced Thursday night that Harrison was taking a medical leave and that Foote would serve as acting CEO.

"I am deeply saddened by Hunter Harrison's passing and offer my sympathies to all who knew, loved and admired him," said Hamberger in a prepared statement. "He was an icon who left an indelible mark on North American railroading. On behalf of the entire rail industry, I would like to extend the sincerest condolences to Hunter's family during this difficult time."