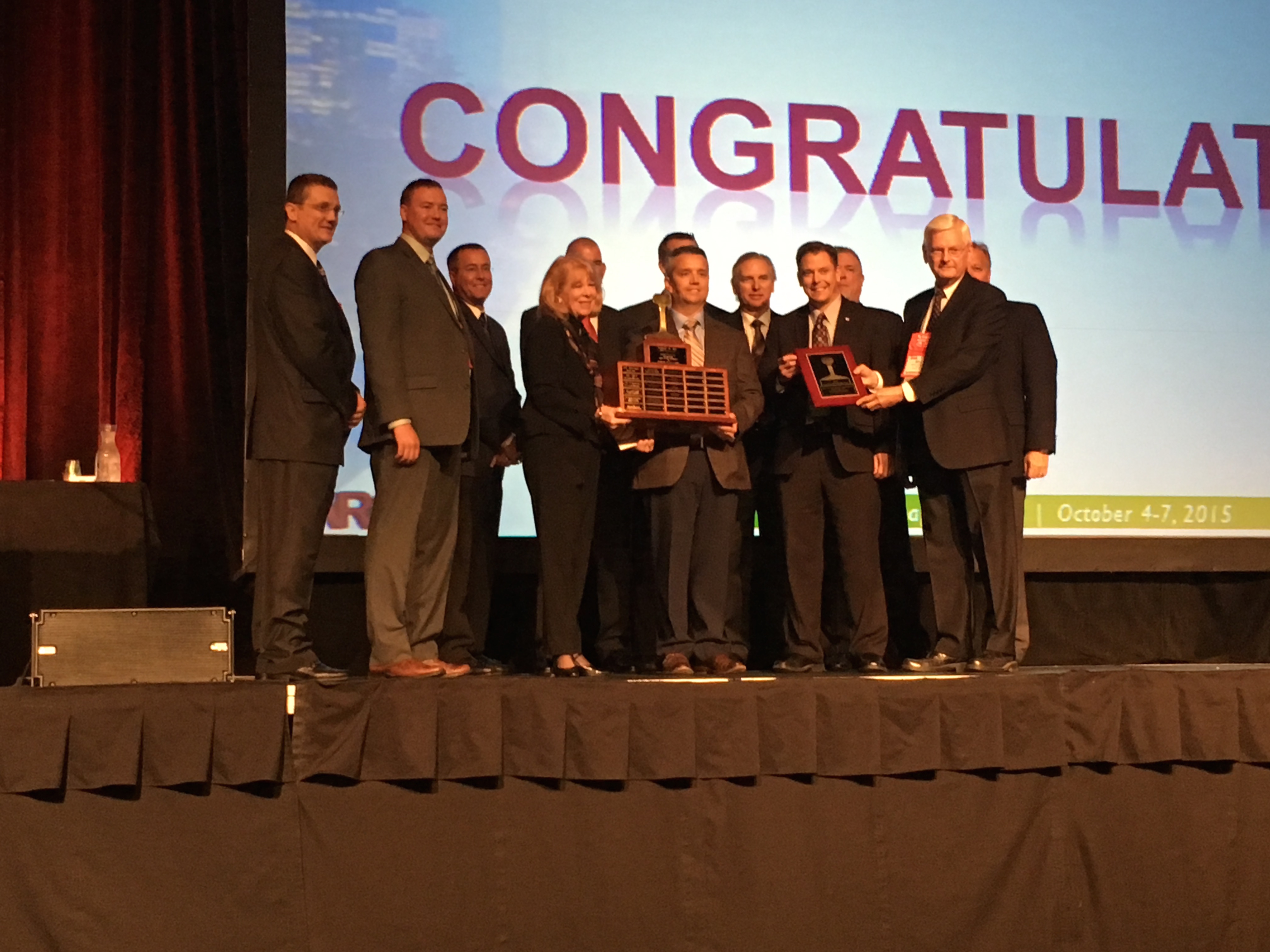 AREMA presented the Hay Award to UP and BNSF.
Photo: Daniel Niepow

The Class Is earned the award — which recognizes outstanding railway engineering projects — for the $114.5 million Tower 55 multimodal improvement project in Fort Worth, Texas. Chosen from among four submissions this year, the project met the award’s main criteria: innovation, safety and/or service performance reliability, said Amtrak's Mike Franke, AREMA's treasurer who chairs the Hay award committee, during a presentation.

Constructed in 1873, Tower 55 is the nation’s busiest rail interlocking and is used by more than 100 freight and passenger trains daily, including those operated by BNSF and UP. The interlocker was retrofitted last year after three years of planning and 17 months of construction. A $34 million Transportation Investment Generating Economic Recovery grant helped fund the project. Partners in the project included Amtrak, the Fort Worth & Western Railroad and several consultants.

AREMA established the award to honor the memory and accomplishments of William Walter Hay, an association member and leader who was a professional railroader in military transportation service and the freight-rail industry. Hay was a consultant on rail design, construction and operations and, for more than 25 years, was a professor of railway civil engineering at the University of Illinois Urbana-Champaign.