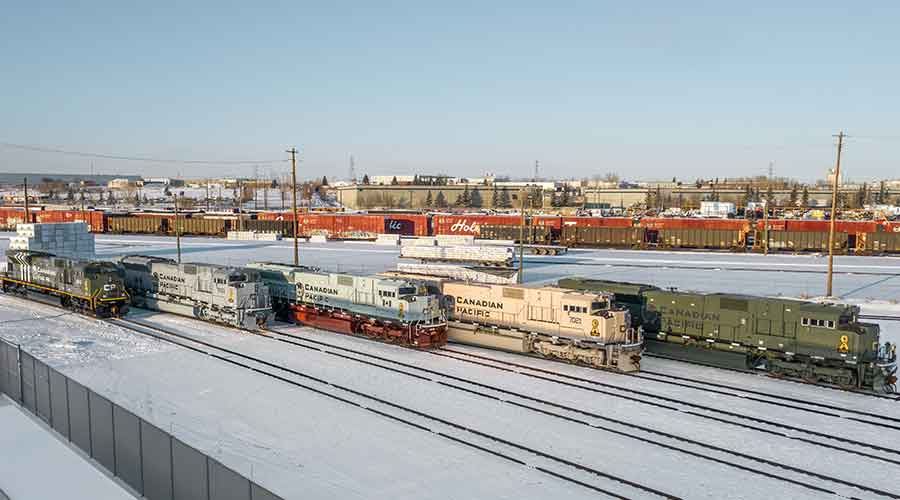 Canadian Pacific earlier this week unveiled five specially painted locomotives on Remembrance Day in Canada and Veterans Day in the United States to honor the history and culture of the armed forces.

The five Electro-Motive Diesel SD70ACUs will travel across the CP system.

"As a leading employer of veterans, CP is proud to commemorate military machines and the brave men and women who've operated them in conflicts around the world," said CP President, Chief Executive Officer and veteran Keith Creel in a press release. "As these locomotives pass through communities across the CP system, I hope those who see them will reflect on the sacrifices made by so many of their countrymen to protect and defend their freedom."

CP personnel studied the paint colors and patterns that branches of the Canadian and U.S. militaries applied to tanks, planes and warships. Based on their research, they devised five liveries for the locomotives:

Four of the five locomotives bear a Canadian flag on one side and American on the other.