CN retains Pace as chair, assigns CEO Ruest and others to board 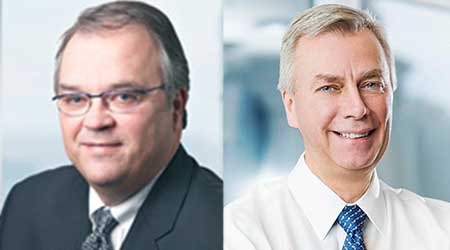 CN yesterday announced Robert Pace was unanimously re-elected by its board as chairman.

He is president and chief executive officer of The Pace Group Ltd., a Halifax-based company that's engaged in radio broadcasting, real estate and environmental services. Pace, who became CN's chair in 2014, also is chairman of the Walter Gordon Foundation, and a board member for the Atlantic Salmon Federation and Asia Pacific Corp.

CN also recently announced its donating CA$75,000 to the Canadian Red Cross to support relief efforts for flood victims in the hard-hit areas of Ontario, Quebec and New Brunswick. The Class I is encouraging employees to donate as well through the CN Employees' and Pensioners' Community Fund. The company will match workers' donations.