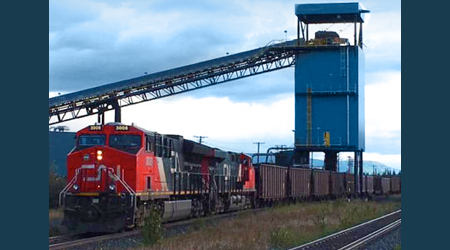 CN and Conuma Coal Resources have resumed direct rail service to the Wolverine Mine in northern British Columbia, the Class I announced on its website.

The mine was closed in 2014 as commodity prices dropped. As the coal market began to rebound, Conuma purchased and reopened the mine in 2016.

Coal then was moved via transload, as CN completed an upgrade to its Tumbler Subdivision to restore rail service to the mine.