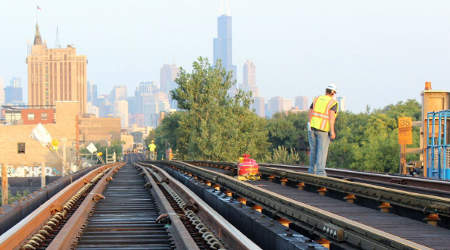 The project is one of several included in the "Your New Blue" program, which includes several infrastructure updates to modernize the Blue Line's O'Hare branch.

When completed, the $492 million modernization program is expected to reduce round-trip commute times between downtown Chicago and the airport by 10 minutes.

"As ridership has grown, we are committed to making the investments necessary that provide better rail service to our Blue Line customers through the number of projects that have been completed and are still to come," said CTA President Dorval Carter Jr.

The O'Hare Blue Line branch is one of the fastest-growing segments on CTA's rail system. Station entries along that segment have consistently topped more than 26 million annually for each of the last five years, agency officials said.