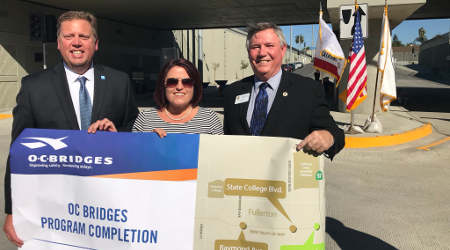 The $663 million effort involved building vehicular bridges and underpasses to separate motorists and pedestrians from the rail line, which is used by at least 70 trains daily.

That number is projected to increase to 130 daily trains by 2030, OCTA officials said in a press release. Without the bridges and underpasses, a train could block one of the intersections every 10 minutes.