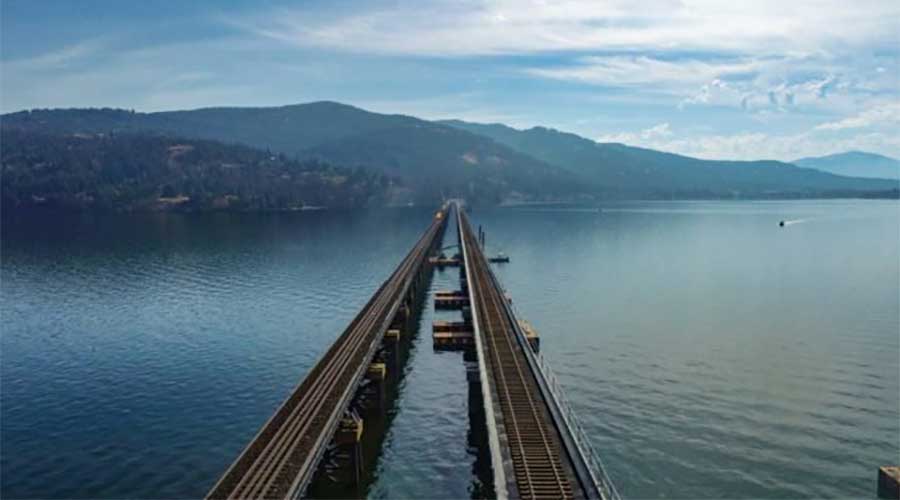 BNSF trains started operating over the new, three-quarter-mile-long bridge on Nov. 20, nearly a year ahead of schedule, BNSF announced on a website dedicated to the project.

The bridge's completion opens the door to a new project to modernize the original rail bridge. The old structure will be closed while crews perform that work, which is expected to be completed in mid-2023, BNSF officials said.

Once the old bridge is modernized, both bridges — which run parallel about 50 feet apart — will be open for rail traffic.