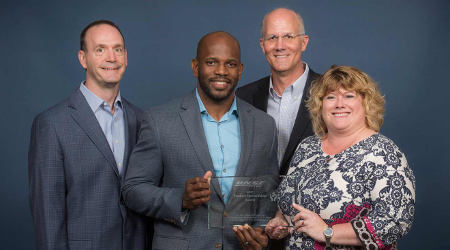 The companies were chosen for the award for transporting a minimum of 500 loaded tank cars of hazardous materials during the previous year with zero non-accident releases during the entire transportation cycle and for successfully implementing the ethics of Product Stewardship under the American Chemistry Council's Responsible Care® initiative, BNSF officials said in a press release.

"Transporting hazardous materials safely is a collaborative effort between BNSF and our customers and, with these strong partnerships, we have maintained the status of rail as the safest way to move freight on land," said Dave Freeman, BNSF executive vice president, operations.

Many of this year's honorees were repeat winners, including 28 companies that have received the honor for 10 or more years.