BNSF to build $1.5B rail complex in Southern California 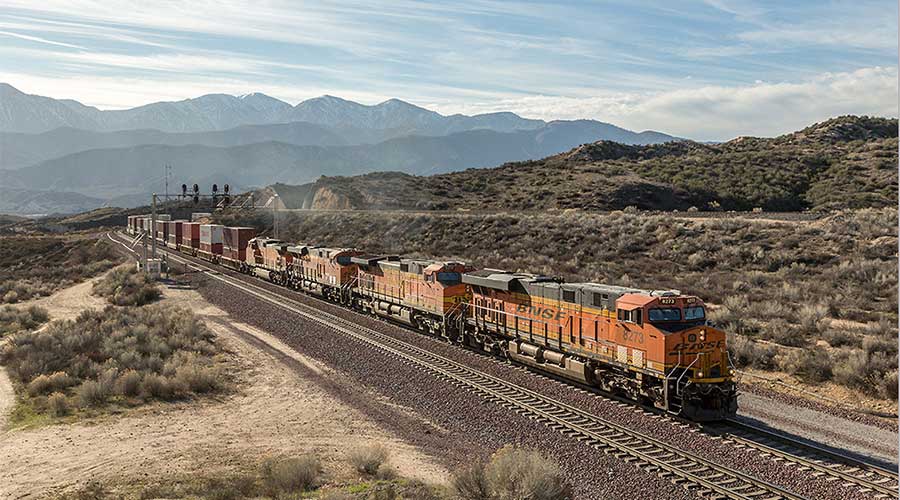 The Barstow International Gateway will be a 4,500-acre integrated rail facility on the west side of Barstow, consisting of a rail yard, intermodal facility and warehouses for transloading freight from international containers to domestic containers.

The facility will enable the direct transfer of containers from ships at the ports of Los Angeles and Long Beach to trains for transport through the Alameda Corridor onto BNSF's mainline to Barstow. Once the containers reach the Barstow International Gateway, they will be processed using clean energy-powered cargo-handling equipment, and then staged and built into trains moving east via BNSF’s network across the nation.

Westbound freight will be similarly processed at the facility to more efficiently bring trains to the ports and other California terminals.

The Barstow International Gateway is expected to create 20,000 direct and indirect jobs and is the first such facility to be built by a Class I, BNSF officials said in a press release.

The facility will enable more efficient transfer of cargo between ships and rail, maximize rail and distribution across the supply chain and reduce truck traffic and freeway congestion, said BNSF President and CEO Katie Farmer.

"This will play a critical role in improving fluidity throughout our rail network, moving containers off the ports quicker and facilitating improved efficiency at our existing intermodal hubs, including those in the Midwest and Texas. The facility will also have an important positive economic impact, including the creation of new, local railroad jobs," Farmer said.

"The significance of BNSF’s investment to improve the supply chain here in California cannot be overstated," Bradley said. "Rail plays a critical role in moving goods safely and efficiently while reducing emissions due to congestion in many of our high-traffic corridors."

"This project will help ensure that goods moving through the San Pedro Bay will get to consumers, businesses and manufacturers with speed and reliability," said Seroka.