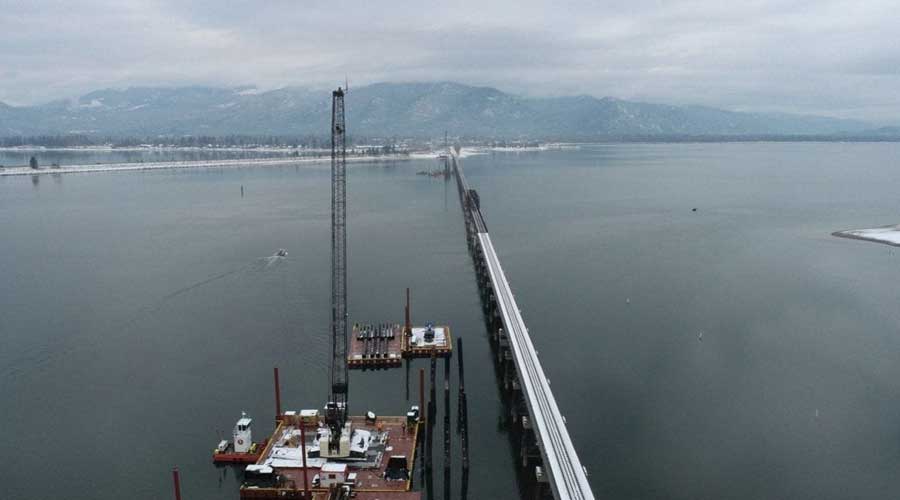 BNSF Railway Co. has resumed work on its Sandpoint Junction Connector project in Idaho, which involves construction of second bridges over Lake Pend Oreille and Bridge Street, as well as a new bridge over Sand Creek at the marina entrance.

Work was paused during the 2020 winter holiday season. This month, additional pile installations will continue at all work sites, BNSF reported in a company newsletter.

The project is designed to reduce congestion and help move current and future volumes more efficiently. That will benefit BNSF trains as well as passenger trains that run on the line, according to the project website.

When the second bridge is completed, trains will run in both directions, reducing the need for them to idle while waiting to cross the existing single track. As a result, local drivers could see shorter wait times on nearby roads that cross BNSF tracks, and the flow of freight and passenger trains will be improved throughout the region, BNSF officials say.

In Sandpoint, BNSF's mainline merges with a Montana Rail Link line, creating a bottleneck of multiple tracks that merge into a single track across Lake Pend Oreille. Since only one train can cross at a time, trains are often staged, which leaves them idling and blocking local roadways while waiting to cross.