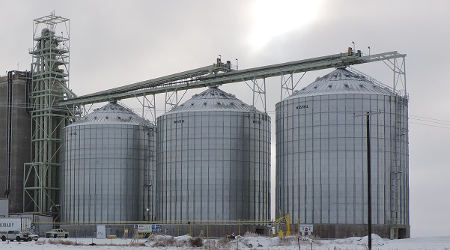 The goal of the Class I's certification program is to identify business parks, logistics centers and other rail-served sites in its network that have a high potential for development.

"Northgate's strategic location in southeast Saskatchewan on the Canada/U.S. border, combined with the ability to handle multiple commodities have laid the groundwork for expansion," Ceres President and Chief Executive Officer Robert Day in a news release. "We consider Northgate one of North America's leading logistics hubs, and with BNSF site certification, we are well equipped to continue to grow our operations there."

Ceres' Northgate Terminal is one of 12 locations that have been accepted into BNSF's industrial site certification program, which the railroad rolled out in March 2016.

The Northgate Terminal also was certified under the Customs Trade Partnership Against Terrorism program, which is managed by U.S. Customs and Border Protection. The program is a voluntary public-private partnership aimed at strengthening international supply chains, Ceres officials said in the release.