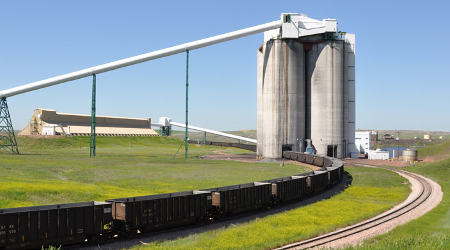 Coal produced at Cloud Peak Energy's Spring Creek mine near Decker, Montana, will be carried by BNSF Railway Co. to Westshore Terminals at Roberts Bank, Vancouver, where it will be loaded and shipped to two new integrated coal gasification combined cycle (IGCC) power plants in Fukushima Prefecture, Japan.

Shipments are expected to begin at the end of 2019 and continue for 30 to 40 months, reaching up reaching up to 1 million metric tons in the final contract year, according to a Cloud Peak Energy press release.

"Cloud Peak Energy is pleased to be part of the Fukushima IGCC project and to help support Japan's investment in next generation coal technology," said Colin Marshall, Cloud Peak Energy's president and chief executive officer. "If similar plants were to be built in the U.S., it would go a long way to addressing concerns about CO2 emissions while providing low cost reliable electricity."